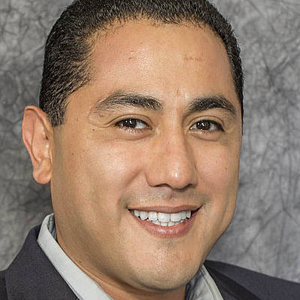 Attorney Francis (“Frankie”) V. Guzman is a juvenile justice attorney at the National Center for Youth Law. He is working to eliminate the practice of prosecuting and incarcerating children in California’s adult criminal justice system and advocates for alternative sentencing and local treatment for youth charged with serious offenses statewide.

Raised in a poor, mostly immigrant community plagued by crime and drugs, Guzman experienced his parents’ divorce and his family’s subsequent homelessness at age 3, the life-imprisonment of his 16-year-old brother at age 5, and lost numerous friends to violence. At age 15, he was arrested for armed robbery and, on his first offense, was sentenced to serve 15 years in the California Youth Authority. Released on parole after six years, Frankie attended law school and became an expert in juvenile law and policy with a focus on ending the prosecution of youth as adults. 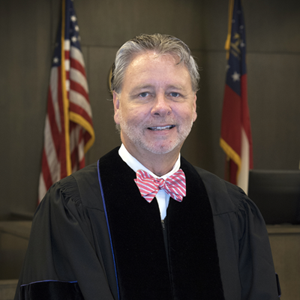 Judge Steven C. Teske is the Chief Judge of the Juvenile Court of Clayton County, GA. He was appointed juvenile court judge in 1999 and serves as a Superior Court Judge by designation. Judge Teske’s court was the first in Georgia to mandate that every child in dependency hearings shall be a party and must be represented by an attorney and children 13 years of age and older in child welfare dependency proceedings shall have the right to be present in court. He has published several articles including “The Next Generation of Child Advocacy” published in the Georgia Bar Journal, where he argued for a child’s right to counsel in dependency hearings, now the law in Georgia.

Teske has testified before Congress and several state legislatures on detention reform and zero tolerance policies in schools. Judge Teske serves on the Georgia Child Welfare Reform Council, Children and Youth Coordinating Council, Governor’s Office for Children and Families, DJJ Judicial Advisory Council, JDAI Statewide Steering Committee, Georgia Commission on Family Violence, and the Georgia Criminal Justice Reform Commission. He served two terms on the Federal Advisory Committee for Juvenile Justice and is the National Chair of the Coalition for Juvenile Justice. Judge Teske is a member of the National Council of Juvenile and Family Court Judges and has served on the Board of Directors. He is past president of the Georgia Council of Juvenile Court Judges and the Clayton County Bar Association.

His book, Reform Juvenile Justice Now, is a collection of essays on juvenile justice issues. He is a Toll Fellow of the Council of State Governments and received his J.D., M.A., and B.I.S. degrees from Georgia State University in Atlanta, GA. Judge Teske is an adjunct law professor at John Marshall Law School in Atlanta, GA. 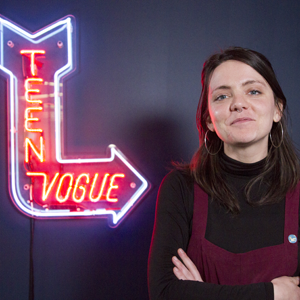 Part of Condé Nast’s collection of brands, Teen Vogue launched in February 2003 and is now led by chief content officer Phillip Picardi alongside a robust team of editors. The media brand empowers young people to understand the power of their identity and voice, equipping readers with insight, tools and connections to help its readers pursue their passions and achieve their goals. In recent years, Teen Vogue rose to a unique challenge of enabling its readership to not only face a new world, but to actively change it.

In 2017, it launched a News + Politics vertical, which has centered social justice issues through the lens of those most impacted, offered thought-provoking analysis of government happenings, and offered young people actionable advice to push back. In October, the vertical focused on youth incarceration throughout Juvenile Justice Awareness Month in a series called Kids Incarcerated, which spanned nearly 30 stories which covered topics like immigration and youth detention, the school-to-prison pipeline, bail reform, and solitary confinement, many written from a first-person perspective.

Allison Maloney (above), news and politics editor for the brand, conceptualized and produced the Kids Incarcerated series. Raised in Pittsboro, North Carolina, Maloney previously served as a freelance writer and on staff for the Columbus Metropolitan Library, Women in the World, as produced by the New York Times, Circa News, The Shriver Report, K Records, and Newsweek/The Daily Beast.