How They See Us: Korey Wise’s Story Shows How Childhood is Ripped from Black Boys 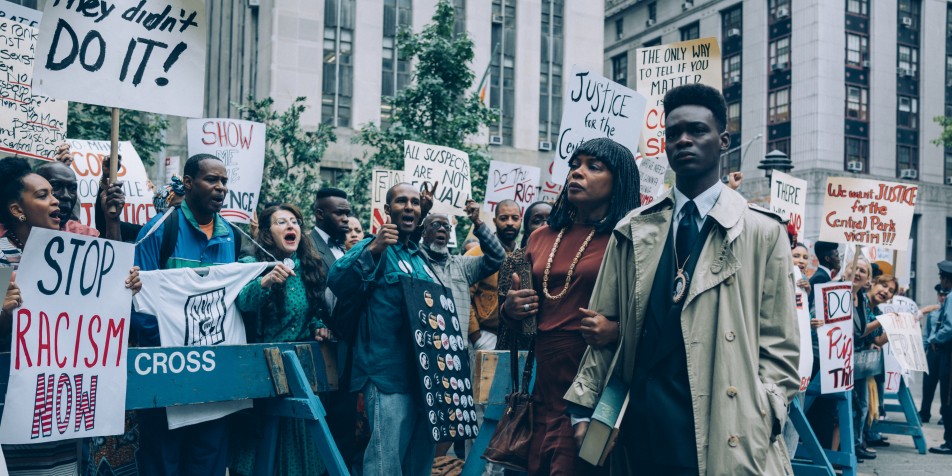 This blog is part of a series Juvenile Law Center is presenting related to Ava Duvernay's newly released Netflix miniseries When They See Us about the Central Park Five. Follow the conversation online with #WhenTheySeeUs and be sure to watch. Take action here.

Before the filming of When They See Us, Korey Wise told filmmaker, Ava Duvernay, “There is no Central Park Five. It was four plus one.” Korey, at age 16, was the one – the only child arrested by the New York Police Department in the Central Park jogger case who was told by the legal system that he was not a child. Only a year older than his good friend, Yusef, Korey was deemed an adult and had a harrowing experience through the criminal system. Interrogated without a parent or attorney in the room, Korey was convicted and spent 14 years, almost the entirety of his maximum sentence, in adult jails and prisons before his exoneration in 2002.

Korey’s story is not unique.

Nearly 10 years after Korey was convicted, I was a 17-year-old from Chicago. I was wrongfully convicted and served nine years in prison before my exoneration. In 1998 I sat in a police station thinking that if I simply said what the police wanted me to say, I would go home, and everything would be alright. I didn’t have a lawyer to defend me at the station house, and when I got a lawyer, he didn’t know how to be a juvenile defender. That encounter with police led to me being wrongfully convicted and sentenced to serve 28 years in prison based on a false accusation of rape. I recall being called ‘boy’ the entire time I was in the police station, but I suddenly became a man when it was time to charge and sentence me.

Because I had a 28-year sentence, I was not entitled to programing until a few years before my release date. So, for the entire near-decade I spent in prison, I was simply being warehoused, like the majority of America’s prison population. Saying inmates do not need education and programming until they are closer to their release is like saying a parachuter doesn’t need his parachute until he is close to landing.

Even as an adult and now an attorney, I still shudder at the memory of how terrified and alone I felt in that police station.  And how easily the narrative of being a young black criminal was placed on me no matter how young I was.

Korey’s, Yusef’s, Kevin’s, Antron’s, and Raymond’s wrongful convictions led to a nationwide concern around youth violence. Although there was a peak in violent crime by young people in the late 1980s and early 1990s, the media frenzy surrounding this purported “wolf pack” of teenagers led to the myth of the “super-predator” describing Black and brown youth who were “so impulsive, so remorseless, that [they] can kill, rape, maim, without giving it a second thought.” Despite downward trends in youth violence, legislatures across the country enacted get-tough policies to increase prosecution of youth in the adult system and introduce mandatory sentencing schemes. Black and brown youth continue to be transferred to the adult criminal system at rates far higher than their white peers and subject to mandatory sentences as a result.

Racial and ethnic disproportionality is deeply imbedded in the justice system and particularly in the treatment of youth as adults. Although Black youth make up 14% of the youth population, 47% of youth transferred to the adult criminal system are Black. In a study examining the vulnerability of Black children to adult prosecution, researchers found that Black youth were viewed as more culpable and 4.5 years older than their actual ages. The study found that even police officers, whose decision-making is consequential to a young person’s criminal justice system involvement, also perceived young Black children to be older and less innocent than their white peers. Even though Korey, Yusef, Antron, Raymond, and Kevin were 14, 15, and 16 years old, from the moment the police brought them in, the prosecutor labeled them a “gang of thugs” who were “wilding in the park” without hesitation of their guilt.

For Korey, age didn’t matter. In the eyes of the law, he was as culpable as an adult. Adult prosecution eliminates any special protections afforded to young people in juvenile court. Juvenile court prioritizes rehabilitation and treatment. As an adult, Korey was not sent to a juvenile detention facility. Instead, he was detained at Rikers Island prior to his trial. Rather than going to a juvenile placement facility or boot camp, Korey was imprisoned in adult prisons across New York. When youth are incarcerated in adult jails and prisons, they are likely to face a higher risk of sexual abuse, physical assault, and suicide. Incarcerating children with adults also denies them access to many essential programs and services, including education, as well as treatment and counseling services, impeding their chances for healthy development. Having no opportunity to develop skills during his formative years, Korey faced difficulty getting a job after his exoneration.

Every state continues to prosecute children as adults. In many states, prosecutors have unfettered discretion whether to bring charges in juvenile or adult court and most states have laws mandating adult prosecution for youth based on their age or offense.

The juvenile justice system was designed to hold youth accountable while providing them rehabilitation and treatment to aid in their reentry into the community. Even then, it repeatedly fails Black and brown children – overcharging and overincarcerating them. When we send children to adult prisons, we tell them that their childhood no longer matters. Too often Black boys are robbed of their childhood, just like Korey was.

Jarrett Adams was wrongfully convicted at 17. He is now an attorney and board member of National Juvenile Defender Center. Riya Saha Shah is the managing director of Juvenile Law Center, a nonprofit organization that advocates for rights, dignity, equity and opportunity for youth in the child welfare and justice systems.