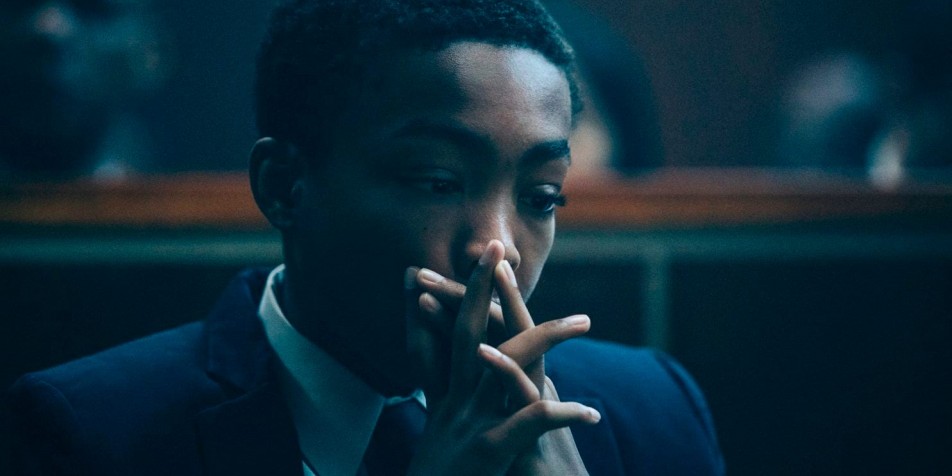 Those of us who represent youth in the justice system recognize it too well—that moment when a teenager falsely confesses because they just want to get out of the room, escape the stress of police interrogation, and get back to their parents, their family, their home. When young people face physical abuse and threats by police, it’s hard to imagine another outcome.

This reality is portrayed with devastating clarity in Ava Duvernay’s When They See Us, a Netflix series about the Central Park Five, or—as DuVernay aptly calls them—the Central Park Exonerated. Kevin Richardson, played brilliantly by Asante Blackk, pleads with his sister to sign off on his false confession. Kevin had been beaten by police, threatened in the station, and then urged to confess as the “road to go home.” In the face of his tears and desperation, his sister signs the paper to get him out of the interrogation room. As the case moves forward, the media and the prosecution call upon racist tropes of Black and Brown boys as “thugs” to make their case. Knowing how the story ends for Richardson and the rest of the teenagers caught up by police makes the scene distressing. Knowing that young people today struggle with the same problems makes it almost unbearable.

Even without physical coercion, and even in the absence of racist threats, young people falsely confess to crimes far too often. Just last year, the U.S. Supreme Court declined to hear the case of Brendan Dassey, sentenced to life after pleading guilty to participating in a rape and murder with his uncle. Brendan was barely 17 when he was interrogated—alone—by law enforcement over a 48-hour period. The interrogation video shows police giving Brendan facts he couldn’t otherwise have known. The second he exited the interrogation room and saw his mother, he recanted and said “they got to my head.” Yet Brendan is serving a minimum sentence of forty years imprisonment on the basis of his “confession.”

The U.S. Supreme Court has long been clear that age does matter in interrogations—but the protections just don’t go far enough. In 2011, the Supreme Court concluded that children in police interrogations are not just miniature adults. They are less responsible, less mature, more susceptible to coercion. As a result, officers must issue Miranda warnings when a “reasonable child” would not feel free to walk away and end the questioning. And as early as 1948, the Supreme Court recognized that events that “would leave a man cold and unimpressed can overawe and overwhelm a lad in his early teens.”

As Kevin Richardson’s scene in When They See Us demonstrates, Miranda rights and court generalizations about youth vulnerability alone won’t sufficiently protect adolescents in police interrogations. Research backs this up. Even in interrogations free of abuse, teenagers are at a severe disadvantage. They prioritize short-term rewards over long-term consequences, in part because the parts of their brains governing measured decision-making are still developing while the parts of their brains focused on reward-seeking are highly active. And most youth simply do not understand the Miranda warnings or the legal implications of a confession. This likely explains why teenagers waive their Miranda rights at an astounding rate of 90 percent and make false confessions at exponentially higher rates  than adults. Indeed, even police interrogation training manuals recognize that youth are at high risk of false confessions and encourage that interrogation techniques be modified with this reality in mind.

While this can be a problem for white youth, as the series makes clear, Black and Brown youth are particularly at risk. Although youth of all races commit offenses at roughly the same rates, African American, Latino, and Native American youth are arrested at much higher rates than their white counterparts, and therefore are at particularly high risk of facing coercive police interrogations. As the series and the repeated viral videos of police abuse of Black boys and men demonstrate—these youth are also at risk of abuse by the police. We can’t ignore our justice system’s history from slavery to convict leasing to segregation, and the resulting history of abusive policing of Black and Brown students in our public schools and communities.

What can we do? First, we can ensure that teenagers do not confess without lawyers present. California has taken a significant step in the right direction by passing a law ensuring that police cannot interrogate children under the age of 15 until the child has had the opportunity to consult with an attorney. More states should follow suit.

Second, we can explore different strategies for policing. The Peace model of interrogation, used in the United Kingdom and relying much more heavily on open-ended questions than the typical confrontational approach, for example, may allow investigators to gather needed information without the equivalent risk of inducing false confessions.

Most importantly, we can recognize and address the deep inequities in policing and our justice system. As Professor Kristin Henning has suggested, our legal system should recognize how a reasonable black child would respond when confronted by police, in light of the history of state discrimination and abuse in communities of color. More broadly, we can work to eliminate the over-policing that leads to inequitable outcomes.

Our justice system needs broad reform on a host of issues—over reliance on incarceration, racial disparities, and economic injustice to name a few. An obvious step is to change the way we do business when interrogating young people. Young people should not keep suffering because of coerced confessions. Let’s make the story of the Central Park Five a history we won’t repeat.

Issues
Youth Interrogations
About the Expert