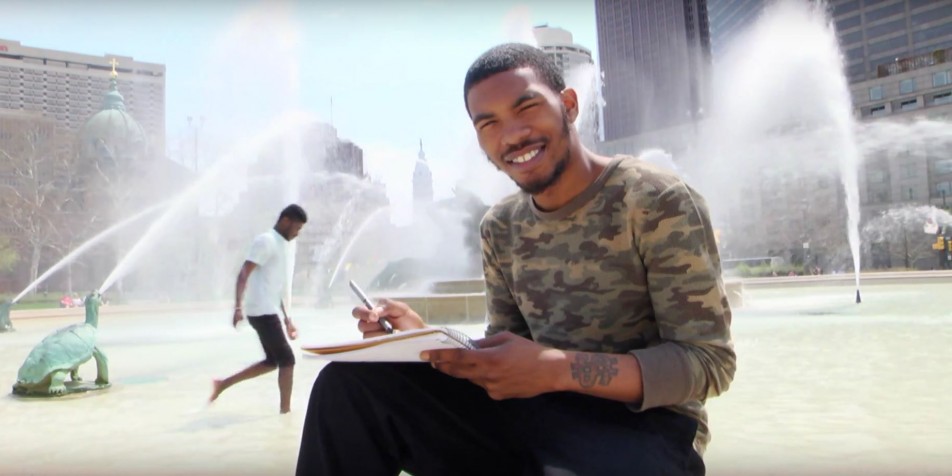 This blog kicks off our series celebrating #10YearsofYA, starting with highlighting the impact and future of Juveniles for Justice during Youth Justice Action Month in October. Marcus Jarvis is an alumnus of our Juveniles for Justice program and an active member of our Youth Speakers Bureau. As a youth advocate, he works on issues ranging from education to juvenile record expungement.

I was first introduced to Juvenile Law Center through a program I attended that served youth in foster care. The AIC (Achieving Independence Center) is a program that helps foster youth with life skills, housing, and employment. It was there in 2012 where I was told about a job opportunity where my experiences in the juvenile justice system (and child welfare system) could be used to get me hired. Of the two youth advocacy programs that my experiences allowed me to join after my interview, I chose Juveniles for Justice (J4J).

I chose Juveniles for Justice over Youth Fostering Change because, personally, my path was more negatively affected by the juvenile justice system. When I was 16 years old I was certified as an adult and sentenced to prison in Lackawanna County, PA. Lack of quality representation, support, and personal knowledge of the system led me there on my first conviction on a felony drug charge that still haunts my record to date. However, I was able to receive my G.E.D. during my incarceration, so I had high school taken care of before my 17th birthday.

Professionals and youth involved in the juvenile justice system have completely different experiences within facilities. The youth voice is important in juvenile justice reform efforts because it allows for greater understanding of what does and doesn’t work. Without the input of the people being served, reform wouldn’t be of much quality. The youth voice gives the perspective of how a program is received by youth.

J4J has been a consistent example of how the youth voice can be utilized. Its continued success will bring more positive change and inspire others to incorporate similar strategies. It is important because every year the changes being made by J4J can affect the juvenile justice system for years to come. In my six years working with Juvenile Law Center, I’ve seen and been a part of some great changes to the system, and I can only look forward to the future.

In the next ten years I hope J4J can create more positive change and inspire others to do the same. Doing as much as has been done in these last ten years will seem like a task itself; I hope the program can continue to innovate. When I first joined, I didn’t know other cities and states didn’t have programs like this—it would be great to see it emulated in other areas. I hope J4J will continue to expand and be supported by whichever powers that need be because it has and will be the worthiest of causes.

This article is part of a series celebrating the tenth anniversary of Juvenile Law Center’s youth advocacy programs, Juveniles for Justice and Youth Fostering Change. Since 2008, these programs have recruited and trained young people with current or past involvement in the child welfare or justice systems to lead advocacy and policy reform efforts in their communities. Please follow our #10YearsofYA series and become a Youth Advocacy Sustainer to support these young people as they continue to fight for change in years to come.

Celebrating Ten Years of Youth Advocacy: "It makes people consider our experiences to better the system for all youth."

Celebrating Ten Years of Youth Advocacy: "Know You Have a Purpose."

The Vanderbilt Project on Unity and American Democracy • March 22, 2022
END_OF_DOCUMENT_TOKEN_TO_BE_REPLACED