The report updates a project the organization launched in the fall of 2014 – the nation’s first-ever, comprehensive evaluation of state juvenile record confidentiality and expungement laws against best practices for record protection. The 2014 study showed that over 50% of the states failed to adequately protect juvenile records, thereby limiting opportunities for youth exiting the juvenile justice system. Six years later, Juvenile Law Center’s new report shows some reform but remaining widespread deficiencies in the legal protections necessary to keep juvenile records secure.

The report’s primary author, Staff Attorney Andrew Keats, emphasized the importance of reforming juvenile record laws. “Kids make mistakes,” said Keats. “The role of the juvenile justice system is to rehabilitate them to prevent future mistakes and ensure they can become productive members of society. These goals are frustrated by ongoing access to juvenile record information by law enforcement, schools, businesses and the public, long after a youth’s system involvement has ended.”

While some states acted quickly to reform their laws following release of the 2014 report, too many states continue to provide easy access to juvenile records, which push young people with system involvement—primarily Black and Brown youth—deeper into the criminal justice system and poverty. Juvenile Law Center hopes this new report will return a spotlight to this issue and drive states to do better by their youth. While overall incarceration rates of young people are down substantially since 2014, lax records laws will continue to impede opportunities for future success going forward.

“The collateral consequences of unprotected juvenile records fall most heavily on Black and Brown youth, who are far more likely to face obstacles to securing housing, employment, and a college degree than their white counterparts,” said Riya Saha Shah, Managing Director. “If we want to advance equity, strong juvenile records laws must be part of the solution.”

Mr. Keats and Ms. Shah are available for comment and interview. Please join them both at 12:30 pm EST for a national national press zoom call on the scorecard: 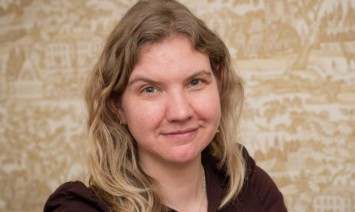 Katy Otto joined Juvenile Law Center in 2016. With a background in communications, development and government relations, she is responsible for the organization’s overall messaging strategy and implementation. She is passionate about youth justice, and committed to ensuring that the public learns about the challenges facing youth in the child welfare and justice systems. Prior to coming to Juvenile Law Center, Otto worked at a number of organizations dedicated to social justice issues – reproductive health and rights, sexual violence prevention, intimate partner violence, homelessness, and