How Do We Make Youth Homelessness Effort Bipartisan? 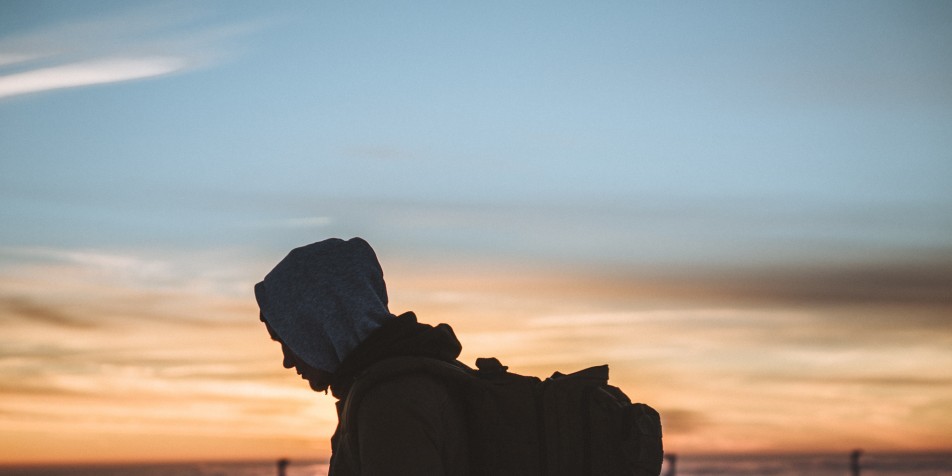 4.2 million. That’s the number of homeless youths in America every year. This opinion piece is about the 4.2 million, how and why we marginalize them, and what can be done to unmarginalize them.

To convey the seriousness of this problem, this discussion will center around the unfortunate plight of youth homelessness in New Mexico. When it comes down to the well-being of children in America, New Mexico sits toward the bottom of the barrel along with Mississippi and Louisiana. And there should be no doubt that the well-being of children, or more succinctly the lack thereof, plays a significant role in the number of homeless youths.

Notwithstanding this dismal ranking, it’s not like New Mexico, or at least a very dedicated coalition of New Mexicans, are not putting up a good fight against homelessness. We are referring to the New Mexico Coalition to End Homelessness (NMCEH), a vast statewide network of member agencies that together “assist communities to create solutions to homelessness from prevention through permanent housing by using action, advocacy, and awareness.”

Irrespective of the good fight taking place in New Mexico to stabilize youths, the NMCEH, and many others similarly situated in other states, are in an uphill battle because they are confronting what seems to be an historically insurmountable enemy called poverty, a driver of homelessness. Secondary to poverty is the marginalization of youth by too many in society, which is demeaning and relegates them to voiceless citizens who are unseen and unheard and therefore not worthy of consideration.

Don’t get us wrong. We’re not ignoring the efforts at the federal and some state levels to address homelessness, but let’s be serious about the seriousness of those efforts.

We opine that if youth homelessness is not going down, but in places are on the increase, the efforts are insufficient. Notwithstanding the good will and intentions of legislators and other policymakers who have stood up for these voiceless citizens, and we are indebted to them for lifting up their voices in the houses of Congress and various state legislatures, their hard advocacy work may be for naught until most policymakers and other influential stakeholders in both the private and public sector embrace this problem with serious attention toward supporting the efforts of those like the NMCEH.

So, this dilemma begs the question — how do we create a bipartisanship effort among policymakers, both executive and legislative, to ante up and kick in the resources needed to turn the ship of youth homelessness around?

This piece will answer that question by recommending a collective decision-making approach that serves to depoliticize controversial issues or topics that many don’t want to confront because it makes them uncomfortable. And youth homelessness is uncomfortable for many who harbor strong opinions about the poor, but also about the reasons many of these youth find themselves on the streets.

We are speaking, for example, about the many LGBTQ youth driven from their homes because of their orientation, some physically and sexually abused. As many as half of homeless youth have been in trouble and in and out of the juvenile justice system. Most of these youth are high needs, and many have made adults mad, but the vast majority aren’t scary. They are more a risk to themselves than they are to others. But too many of us feel they are part of our population better not seen or heard.

And so, we marginalize them.

Before we delve into what can be done to depoliticize or de-emotionalize these feelings causing marginalization, let’s delve deeper into why so many people harbor biased feelings toward homeless youth. Understanding the social psychology driving bias feelings can be helpful to understanding why it is important to utilize an approach that minimizes the political and emotional rhetoric that can sabotage any process toward effective outcomes.

After that, we will describe the collective decision-making approach that establishes the guardrails to keep out what we call the “marginal rhetoric.” That’s so the collective may move forward without crashing along the way toward creating a statewide plan to improve the lives of homeless youth and the quality of life for all New Mexicans.

Why hurting kids keep getting hurt

To be marginalized is to be relegated to the fringes, out of the mainstream; to be made to seem unimportant. This is what we do, or allow to be done, to an estimated 4.2 million youth and young adults who are homeless.

When you stop and think about it, the capacity of humanity to be caring and compassionate is amazing. To be humane is to be human, but not the other way around. This is because not all humans are humane and among those who are, too many selectively exercise their capacity of humaneness to those they feel most comfortable with.

That is the ugly side of humanity. The side that marginalizes people who think, act, speak and look different than the majority. We often rush to judgment about what someone does or says or how he or she appears or due to his or her social or economic status. This phenomenon has been attributed to what is referred to as the attribution theory, which is concerned with how ordinary people explain the causes of behavior and events. For example, is someone angry because they are bad-tempered or because something bad happened to them?

Steven Teske is the chief judge of the Juvenile Court of Clayton County, Ga., was the national chair of the Coalition For Juvenile Justice and won the 2018 leadership prize from the Juvenile Law Center. He served two terms on the Federal Advisory Committee for Juvenile Justice, is a former member of the Board of Directors of the National Council of Juvenile and Family Court Judges and has testified before Congress numerous times on juvenile justice reform.