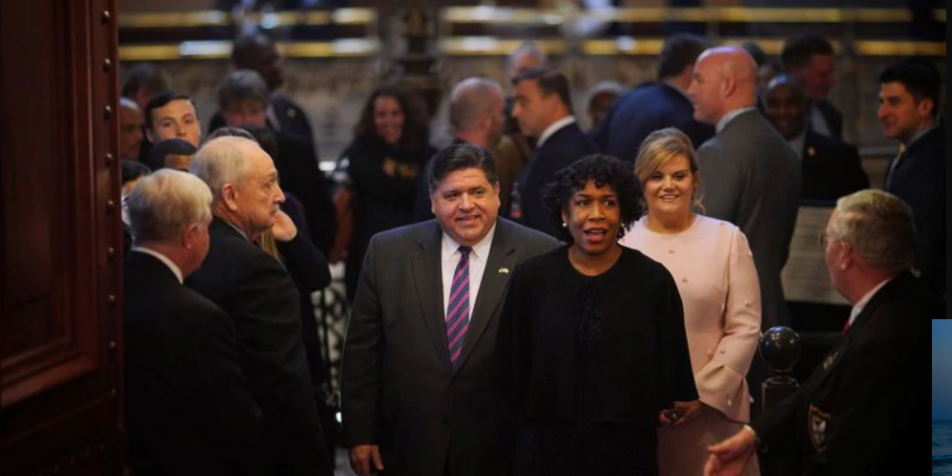 Gov. J.B. Pritzker’s administration announced Friday a planned overhaul of the state’s juvenile justice system whose hallmark is a move from juvenile facilities that mimic adult prisons to smaller regional centers that allow youths to be closer to the part of the state they hail from.

The transition will take place in phases over the next four years. Existing Illinois Department of Juvenile Justice facilities are designed to house anywhere from about 50 to up to almost 300 youths who are committed to state custody through juvenile justice proceedings. The Department of Juvenile Justice will move out of “adult-style, prisonlike” facilities, and existing properties will be renovated to create the smaller residential centers, according to the plan.

Larger juvenile justice facilities will be turned over to the Illinois Department of Corrections for use with the adult prison population, the governor’s office said.

In their place will be more “dormlike” facilities for up to 50 youths who will be closer to home and able to receive more family visits.

That phase of the plan will start next year. The first phase entails plans to increase investment in intervention services and reentry programs, with more investment to come for victim services in communities that are most affected by violence and disinvestment.

“It’s also time for a paradigm shift in how we treat the children in our justice system — children who are predominantly Black and brown and more often than not, are victims themselves,” Lt. Gov. Juliana Stratton, who heads the administration’s Justice, Equity and Opportunity Initiative, said during a news conference with Pritzker in Chicago

The state’s Department of Juvenile Justice’s five facilities are mostly in northern and southern Illinois and there is no presence in the central part of the state, department Director Heidi Mueller said at the news conference.

About 40% of the department’s youth population is from central Illinois, and among the goals of moving to the more regional centers is placing them nearer to their homes and families, Mueller said.

The success of the juvenile justice system has traditionally been measured by recidivism levels, the percentage of youth that return to the system within three years, she said.

“That is one way to measure and that is definitely something that we care about, we want to make sure that when kids leave our system, they are successful and they don’t reoffend and they don’t return,” Mueller said.

“But I think that we missed the boat if we don’t think about other positive outcomes” including education, housing and employment, she said.

When Pritzker took office in January 2019, the Department of Juvenile Justice population was 282, 87% lower than it was a decade earlier, according to the department’s 2019 annual report. That was a result of an effort in the state and across the nation to curtail secure confinement for youth during the early 2000s.

On June 30, the department’s resident population was 97, Pritzker said.

In his 2017 campaign, Pritzker committed to prioritizing community-based alternatives to incarceration, outlining plans to expand programs that deal with mental health and trauma. Criminal justice reform was among the priorities for the first-term governor for this year’s spring legislative session, including a push for doing away with the cash bail system. That agenda was one of the casualties of a session cut drastically short by the coronavirus pandemic.

Pritzker said Friday the more punitive model of juvenile justice has disproportionately harmed Black youth and families, and hasn’t worked, and between 2010 and 2018 more than half of children released by the Illinois Department of Juvenile Justice system returned to it.

“The facilities that should, in theory, be nurturing children and rehabilitating them in their adolescence, instead exacerbate trauma, interfere with their family relationships and create a culture of instability and violence,” Pritzker said.

Riya Saha Shah, managing director of the Philadelphia-based Juvenile Law Center, said the juvenile justice system is supposed to be rehabilitative and punitive and “putting children in these types of institutions was not rehabilitative.”

Shah said Illinois’ planned transition appears to be a “good step forward,” but that officials need to make sure the new model of facility is not just replacing the old model while providing the same sort of punitive concept.

“When a state is looking to overhaul their juvenile justice system and their placement system, we should be thinking about how to reimagine it in a way that ensures more positive growth for young people who are required to be a part of it,” Shah said.

The ACLU of Illinois, the Illinois Justice Project, the John Howard Association of Illinois and the Children and Family Justice Center at Northwestern University’s Pritzker School of Law issued a joint statement Friday that said while the state has moved away from a juvenile justice system that employed punitive practices used by adult prisons, “the youth prisons today remain just that — prisons.”

“As our communities struggle with violence, our strategies and spending have to be more effective, and the transformation of the juvenile system is another positive step in that direction,” according to the statement.

The University of Pennsylvania Carey Law School's Office of Communications • July 23, 2020
In The News