According to Jessica Feierman of the Juvenile Law Center, many state prisons call solitary confinement areas “time out” or “segregation” zones, in order to conceal them, making it near impossible to find the exact number of children who are currently held in solitary.

This legislation is a step forward, but there is more to be done according to the Juvenile Law Center, whose main focus is on litigation addressing solitary confinement in state-run facilities. The Juvenile Law Center was recently involved in a lawsuit against a prison in Wisconsin which held young people in solitary regularly. “The rare occasions when they did get out, they were shackled to tables, and we also heard they were getting pepper-sprayed within their solitary cells, so that was a set of facts we were extremely concerned about,” Feierman of the Juvenile Law Center said.

With Senate Passage of First Step Act, Youth Solitary Confinement in Federal Detention One Step Closer to Being Abolished 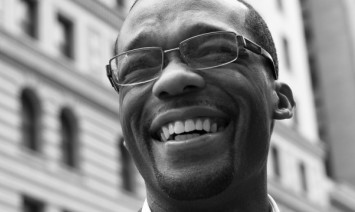 Johnny Perez is the Director of U.S. Prison Program for the National Religious Campaign Against Torture, a membership organization committed to ending U.S.-sponsored torture, and cruel, inhuman and degrading treatment. He adds value, insight, and leadership to existing campaign efforts working to end the torture of solitary confinement, while building the capacity of religious leaders and directly impacted communities to engage in education and advocacy in the United States.

Drawing on the wisdom of thirteen years of direct involvement with the criminal justice system, Johnny also works to