2020 Leadership Prize Winner, Shannan Wilber on Aspiring to More for all Youth 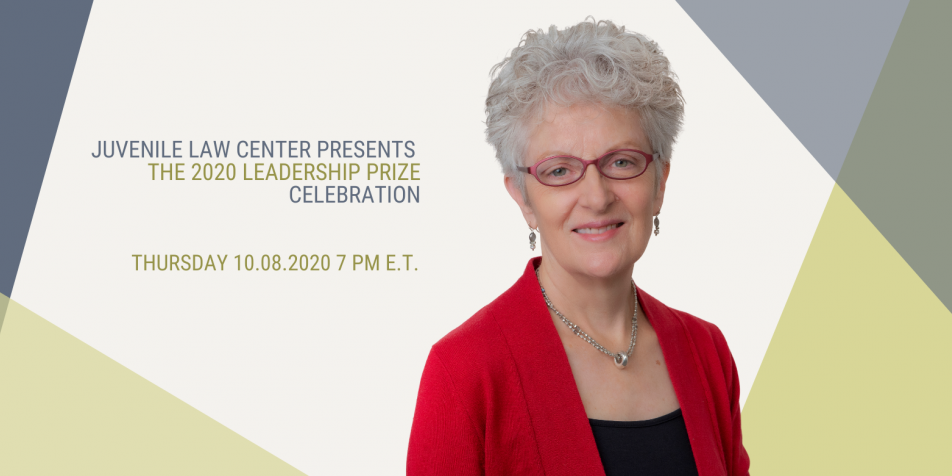 It is said that the most fortunate people are those who have found a calling. When I wandered into the field of child advocacy over 30 years ago, I quickly became one of those fortunate people. I love my work and I am grateful to have worked alongside many passionate and talented lawyers for children. To receive the Leadership Prize from Juvenile Law Center, renowned champions of children’s rights, is the icing on the cake. I am honored and humbled.

I started my career representing individual children. Their stories taught me that a key part of my job was to disrupt harmful systems. I learned about the casual cruelty of bureaucracies, including the charade that passed for legal representation in many courts. And I saw the harms of elevating convenience over compassion, conflating poverty with neglect, and punishing youthful mistakes with lifelong penalties. From the start, I witnessed the unequal administration of justice. As Dorothy Roberts put it, “If you came with no preconceptions about the purpose of the child welfare system, you would have to conclude that it is an institution designed to monitor, regulate and punish poor families of color.” The same can be said of the youth justice system which continues to perform according to its historical design by surveilling and incarcerating Black, brown and indigenous young people, even as crime rates fall and institutions close.

Just as I learned from my clients, I received invaluable mentorship from colleagues who showed me how to be a zealous advocate. They taught me to fight for the children who were left behind -- invisible and vulnerable to harm. Infants in congregate care, children with disabilities languishing in detention, unaccompanied immigrant children who navigate the courts without representation. In the 1990’s, I began to receive calls about another group of invisible and vulnerable youth -- LGBTQ youth in foster care and youth justice systems. Their stories brought a new focus to my work as I learned that countless LGBTQ youth were disconnected from school, homeless, and suffering from untreated substance use, depression, and suicidality. There was no data documenting their numbers in child welfare and youth justice systems, let alone legislation or caselaw establishing their right to be free from discrimination and mistreatment.

In the early 2000’s a few “disrupters” began the uphill process of raising awareness and demanding equitable treatment of LGBTQ youth in schools, courts, and public agencies. In the intervening years, advocates have made significant progress establishing laws and policies under which LGBTQ youth are protected from discrimination and entitled to acceptance and safety. These are important achievements, but the work is unfinished. We should aspire to much more for all youth – including LGBTQ youth. I am inspired by the growing movement to raise the bar and demand that all children have access to the necessities that constitute the social determinants of health, as well as opportunities to develop competence, contribute to their communities, and experience a sense of belonging. I look forward to the day when these objectives are enshrined in caselaw and statutes.