“Thoughts from a Formerly Condemned Man-Child”: Reflections on Miller and Montgomery Rulings 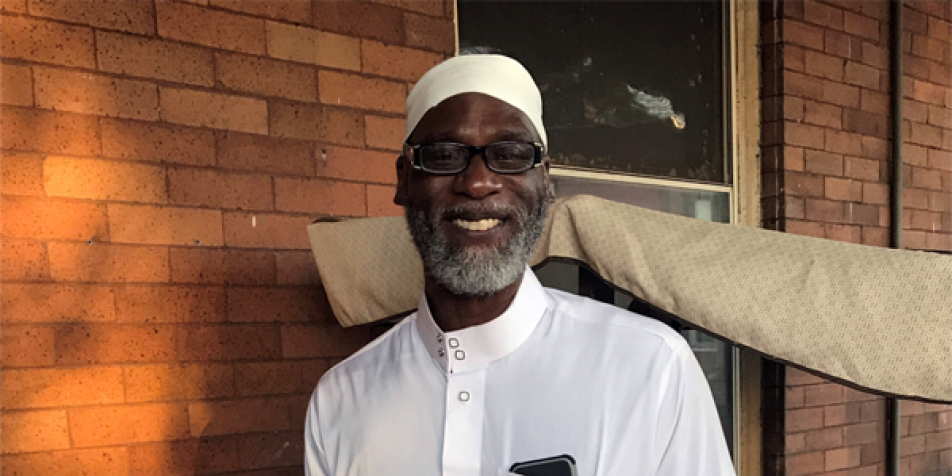 Today we celebrate the second anniversary of the groundbreaking Montgomery v. Louisiana Supreme Court decision, in which the Court ruled that its 2012 decision banning mandatory juvenile life without parole must be applied retroactively. Marsha Levick, Juvenile Law Center Chief Counsel and Deputy Director, served as co-counsel in the case, along with Mark Plaisance and Jeffrey Pokorak.

This meant hundreds of unconstitutionally sentenced men and women were eligible for resentencings. Some, like Aaron Phillips, could finally walk out of prison after three decades behind bars.

While the work is far from over, today is a day to celebrate. Please read Aaron’s blog to hear about what the decision meant for him.

Today marks the second anniversary of the monumental, ground-breaking, life-altering landmark decision which literally changed the trajectory of my life -- and that of several hundred life-sentenced children in the Commonwealth of Pennsylvania who were disappeared from society due to Pennsylvania's mandatory sentencing scheme which required all offenders (including children tried as adults) to be sentenced to a term of life without the possibility of parole -- otherwise known as "death by incarceration" upon conviction for criminal acts that resulted in homicide.

After having spent nearly thirty years in prison, I remember first being in shock, then overcome by an incredible sense of relief as I re-read the ticker on CNN. My mind was not quite ready to believe what my ears had just heard - “The United States Supreme Court has declared the imposition of a mandatory life sentence upon a child less than 18 years of age violate the ban against cruel and unusual punishment.” As the gravity of the decision began to sink in, I heard and saw several incarcerated persons - juvenile lifers and others - in a state of utter jubilation. I couldn't restrain the tears from streaming down my cheeks as I allowed myself to consider the implications: the possibility that my now illegal sentence would be reversed. The thought that I might actually be subject to release was intoxicating.

Unfortunately, the joy, the relief, the promise of possibility was very short lived. It was not long after the Supreme Court's pronouncement in Miller v. Alabama, in 2012, before we heard angry commentary from several prosecutors across the nation as they boldly began excoriating the majority opinion that was handed down by members of our nation's highest court. In the often venomous diatribe, it became unequivocally clear - battle lines were drawn, and the fight over whether the ban against statutorily mandated life-without-parole sentences should apply retroactively would be the new ground war. The insidious notion that we should remain shackled to the indignities of a now invalid sentence was mind-numbing. The vitriol and utter disdain that quite a few prominent State's Attorneys displayed towards the Court’s decision all but dashed our hopes of ever being released.

Several years later, on January 25th,  2016, our Supreme Court once again gave us cause for hope and celebration through its Montgomery v. Louisiana decision, when it declared that the ruling in Miller four years earlier did apply retroactively. Finally, after serving more than 31 years of a sentence that was as cruel and unusual back then, as it is now, I was re-sentenced and made immediately eligible for parole. On October 10th, 2017, I walked out of SCI-Frackville at 10:20 am - a nominally free man. Thanks in no small measure to the legal brilliance, indefatigable advocacy and indomitable spirit of Ms. Marsha L. Levick, Ms. Emily C. Keller, Brooke McCarthy, and countless gladiators within the Juvenile Law Center family. And of course, I can never give sufficient recognition or manifest the depths of my appreciation for the support and service of Mr. Bradley. S. Bridge, Ms. Shonda Williams and mitigations expert extraordinaire, Ms. Taunya Batista.

Since my release, I have managed to drive a car without crashing; it truly is like riding a bike, thank goodness. I have traveled throughout the city marveling at the development, but also lamenting those urban spaces where the squalor has yet to benefit from the urban renewal and development initiatives that are readily apparent in more affluent sections of the city. I've been fortunate enough to volunteer my services, offer aide to the homeless and even speak to children at a local high school.

Aside from spending time with my wife, children, and adorable grand-children, one of the more enjoyable experiences of my newly acquired freedom is frequenting the Reading Terminal Market. It has undergone a dramatic transformation since 1986, when I used to have lunch there two or three times a week. With my parole-imposed travel restrictions, I can go to the Reading Terminal Market, almost like visiting the various cultures of the world in one locale. Perhaps one cannot appreciate the value of appealing, appetizing food unless they've experienced prison cuisine.

However, despite the joys of freedom, I would be remiss were I to neglect to express a conspicuous reality - I am fortunate enough to have been given a second chance at life. There are many others, both life-sentenced juvenile and adult offenders who remain fettered to an uncertain fate. Many, despite being equally or even more deserving than myself, may never get an opportunity for redemption, they may never know what it means to be repatriated into society in order to live as a responsible, law-abiding citizen fully capable, willing and able to make significant contributions to society.

Then too, there are others, like myself, who are full of promise and potential but void of opportunities to fully integrate into society - particularly into the workforce. So while today marks a day of celebration and commemoration, we cannot be unmindful that the work is far from over. There are hundreds of life-sentenced children right here in the Commonwealth still laboring under the injustices of an unconstitutional sentence; there are also dozens of former life-sentenced juvenile offenders now in dire need of adequate housing, employment, educational and/or vocational training, and so forth.

While we observe the day in celebratory reflection, let us also use this day to organize, recommit and refocus on the work not yet done. This is a collaborative endeavor. As human beings and global citizens we should celebrate one another just as we do the Court’s ruling.

Thoughts from a formerly condemned man-child.