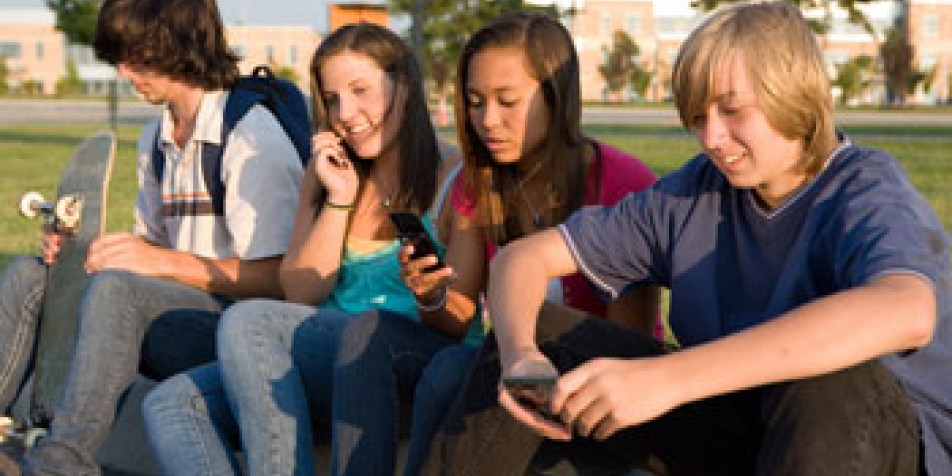 A new law that criminalizes any sharing of sexually suggestive photos between teens is awaiting the signature of Pennsylvania Governor Tom Corbett—even if the sharing is a consensual, private act between two individuals.

HB 815 claims to protect teens from possible exploitation by authorizing the arrest, humiliation, and saddling of children with a criminal record, as well as needlessly costing families thousands in unwarranted legal fees. District attorneys will now have the power to prosecute any teen who sends or receives a nude or partially nude photo of themselves or another teen, even when it is consensual and even though it is merely the 21st century version of the 20th century Polaroid.

This type of “protection” through prosecution is unjust and ill-suited to addressing adolescent behaviors. Children need education and guidance from parents for their reckless, immature and often stupid behavior. Prosecutors and other members of law enforcement should direct their attention to real criminal activity.

It didn’t have to be this way. Juvenile Law Center, along with Women Against Abuse, Support Center for Child Advocates, American Civil Liberties Union of Pennsylvania, and many others, worked tirelessly over the past three years to educate Pennsylvania’s General Assembly about the stark differences between child pornography and sexting and to warn of the harmful collateral consequences of this legislation to no avail. The facts have been ignored, and children and families will pay the price.

When HB 815 was introduced, it was touted as a measure to avoid criminal prosecution under child pornography laws by overzealous district attorneys and deter youth from engaging in sexting—in other words, to limit criminal prosecution of youth. Yet, no Pennsylvania court (and very few courts nationwide) have characterized sexting—the electronic exchange of sexually explicit text messages and photographs—as child pornography. Indeed,  the Pennsylvania Court of Common Pleas recently issued an opinion in the case of In re C.S., stating that “[t]he purpose behind the child pornography statute has little or nothing to do with ‘sexting’.” The Court further stated that sexting generally involves consensual conduct and the reasons that teenagers engage in sexting are wholly unrelated to exploitation or abuse of children.  Sexting, the court found, is “the product of teenagers lacking mature adult judgment.”

Despite countless attempts to explain those differences, Representative Seth Grove consistently perpetrated the distortion at the center of this legislation. After passage, he stated, "As soon as you create a picture, even of yourself, you're creating child pornography.”

Lawmakers should rightfully worry about adult predators that victimize children through use of sexually explicit photos or bullies who intend to harm by disseminating photos without consent. While HB 815 does create a more severe penalty for youth who engage in sexting with intent to harm another person, it hardly justifies the legislative over-reaching which also infects HB 815. Many Pennsylvania legislators claim to be in favor of small government with a limited role. Yet they are now entering the bedrooms and social networks of our teens, dragging them into the justice system even when there are no victims. Moreover, it creates a barrier to reporting abuse, because even the victims of cyber bullying can be prosecuted—individuals who are coerced into sending photos are less likely to report the crime when they themselves may be prosecuted.

Worse yet, HB 815 will create victims by exposing private, consensual photos of youth to unintended audiences—principals, school resource offices, attorneys, judges, prosecutors, and probation officers—unnecessarily traumatizing and humiliating teens as law enforcement and prosecutors begin to implement the new law. Imagine your teenage sons or daughters—who stupidly send a nude photo of themselves to their boyfriend or girlfriend—being dragged through this process.

It is not too late to stop this unnecessary legislation from becoming law. We urge Governor Corbett to strike the provisions that do nothing more than criminalize adolescents for behaving like adolescents. Surely we have more important places to direct our strained resources. This is a law in search of a crime. That’s not what we teach our children about the legislative process in Pennsylvania—or anywhere in America.

Teens and parents need to be aware that if the Governor signs this into law, any possession or dissemination of nude or partially nude photos of themselves or another teen could result in prosecution—for your own protection, of course.

A Way In: A Memo to the Biden Transition Team