Lessons from "Kids for Cash," Part 2: All Children Must Have Access to Legal Representation in Court 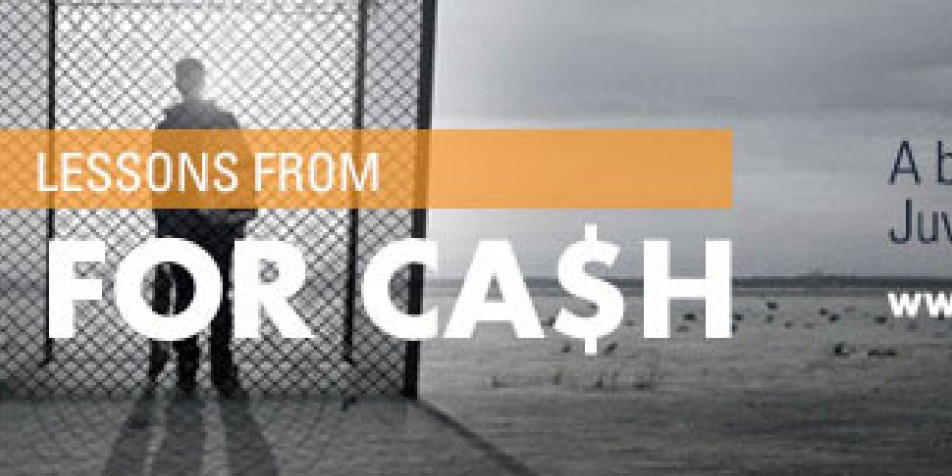 "The Due Process Clause of the Fourteenth Amendment requires that, in respect to [juvenile delinquency proceedings] which may result in commitment to an institution in which the juvenile's freedom is curtailed, the child and his parents must be notified of the child's right to be represented by counsel ... [and] if they are unable to afford counsel, that counsel will be appointed to represent the child." - From the U.S. Supreme Court's decision in In re Gault, 1967

From 2003 to 2008, in Luzerne County, Pennsylvania, more than half of the thousands of children who appeared before ex-juvenile court judge Mark Ciavarella were asked two questions before they even entered the courtroom: "Do you have a lawyer?" and, if the answer was no, "Can you sign this form?" The form stated that the child understood she was waiving the right to an attorney and would be representing herself in the courtroom.

Among the questions these children were not routinely asked:

In some cases, even when the child pled not guilty, he or she was adjudicated delinquent (or "found guilty") in hearings that lasted for mere minutes, with no opportunity to speak on his or her behalf or to present testimony or evidence.

Many of these youth were charged and sent to juvenile detention centers or correctional facilities for trivial misbehavior—like making a fake MySpace page about an assistant principal.

Most of the children who appeared before Ciavarella did so without the guiding hand or protection of legal counsel. For these children, signing a form that waived their right to counsel sealed their fate. Without an attorney, they entered the courtroom alone, facing a judge with unchecked power and a zeal for zero-tolerance. Children in Luzerne County who appeared before Ciavarella without counsel were three times more likely to be incarcerated than those with counsel.

Unfortunately, the right to counsel for kids is often taken less seriously than it is for adults, even though the risks of proceeding without counsel can sometimes be even more damaging. In Luzerne County, for example, youth often came to court without a lawyer because they thought they "didn't really need one" or because they were told that a lawyer wouldn't make a difference. In some cases, the youth's crime was so minor that even the police told them not to worry, that nothing would happen.

This misconception that children don't need lawyers is simply wrong. Lawyers help ensure that judges make fair and accurate decisions, that children's rights are not violated, and that children are not unnecessarily incarcerated or transferred to adult criminal court. Without legal representation, the consequences can be dire, and children's lives can be irreversibly harmed.

How Can We Solve This Problem?

After uncovering the Luzerne County "kids-for-cash" scandal in 2007, Juvenile Law Center issued a report to the Interbranch Commission on Juvenile Justice, which was created to investigate the scandal. We provided recommendations on how to ensure that "kids-for-cash" could be prevented in the future, including how to protect children's right to counsel.

Our recommendations included the following:

1. Establish an unwaivable right to counsel for juveniles. Kids can feel pressured—by themselves, by judges, or by family members—to enter guilty pleas to "make the case go away" without first talking to an attorney about possible defenses. They might not understand what it means to be adjudicated delinquent: that they could be incarcerated, and that they will have a juvenile record that could follow them into adulthood.

2. Establish a state-based funding stream for juvenile indigent defense. Despite the U.S. Supreme Court's ruling in In re Gault, some states—including Pennsylvania—provide no state money to defend juveniles at or below the poverty level. Without this funding, counties cannot devote enough resources to representing juveniles. Nearly 60% of juvenile defenders in Pennsylvania reported in 2003 that the lack of support services limited their ability to effectively represent their clients.

3. Assume all juveniles are indigent for the purpose of appointing legal counsel. In Luzerne County and in other counties across Pennsylvania, children were routinely denied access to court-appointed counsel because their parents' financial resources exceeded whatever guidelines for indigence the county had established. If a lawyer is not appointed, a child's access to counsel depends on whether a parent is able—or willing—to pay for a private attorney.

Since we issued these recommendations, the Pennsylvania Supreme Court has adopted new juvenile court rules and legislation, including:

Pennsylvania has yet to establish a state-based funding stream for juvenile indigent defense.

This blog is the second post in our Lessons from "Kids for Cash" blog series, which explores some of the critical issues facing youth today that were brought to light by the "kids-for-cash" scandal and are depicted in the new film "Kids for Cash." Read more posts from this series here.