Lessons from "Kids for Cash," Part 11: Justice Must Be Color-Blind 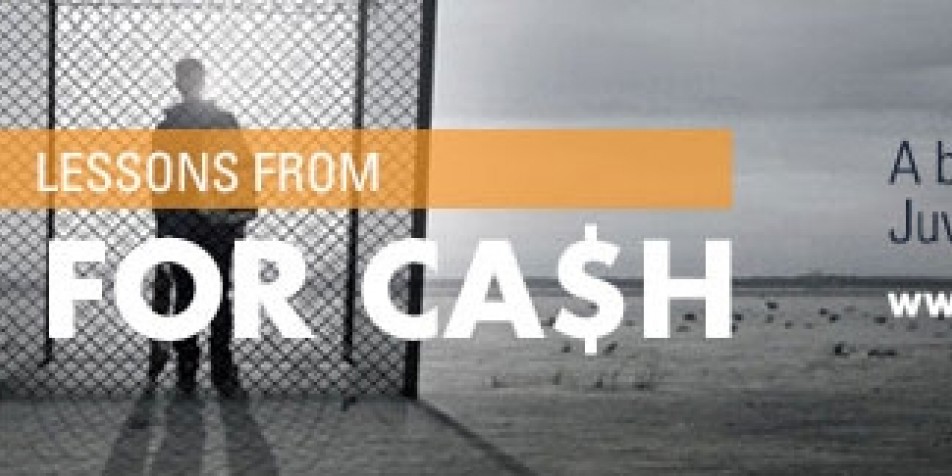 This is the final blog post in our "Lessons from Kids for Cash" blog series, which explores some of the critical issues facing youth today that were brought to light by the "kids-for-cash" scandal and are depicted in the new film Kids for Cash. Kids for Cash comes out on Video On Demand on May 20.

The movie Kids for Cash chronicles the devastating effects the juvenile justice system can have on youth. Many people who see the film—from parents to experts—invariably ask one question: “If this film is meant to depict the devastation done to children in the justice system, why are there no kids of color represented in the film?”

The answer is simple. The film is about a case that occurred in Luzerne County, PA, which is over 90% Caucasian. Yet the film does show the kinds of harms that can befall any youth involved in the nation’s juvenile justice system, where the realities of racial disparity are shockingly clear.

The W. Haywood Burns Institute recently published a map illustrating the extreme contrast in the rates of detention and incarceration for youth of color versus their white counterparts. Many studies have shown that those disparities are attributable to factors other than crime rate—disparities are a product of the system’s policies and practices.

For example, data from the federal Office of Juvenile Justice and Delinquency Prevention (OJJDP) show that of the 61,000 youth who were in detention each day in 2011, more than 75% were for non-violent offenses. And of those arrested for non-violent offenses, 65% were youth of color. Forty years after it was first passed, the same federal law that created OJJDP still requires states to address racial and ethnic disparities. And, as the Annie E. Casey Foundation has shown through its Juvenile Detention Alternatives Initiative (JDAI), these disparate rates exist because of choices made by adults, rather than by the conduct of children.

The Burns Institute’s site provides an easy way to see how your state ranks compared to other states around the country. Click here to learn more.

The most common example occurs in the school to prison pipeline. Kids for Cash shows the perils of using the juvenile court as a school’s disciplinarian. Reports show that these practices are prevalent across the United States, and that they have a disproportionate impact on youth of color. African-American and Latino youth are disciplined and referred to juvenile court for the same conduct that results in mild discipline of white students. Students of color bear the greatest burden of harsh disciplinary policies. It is for this reason that the federal Department of Justice and Department of Education, in January 2014, issued guidance to school districts across the country to reduce racial disparities in school discipline.

The juvenile justice system is a mini-version of the criminal justice system. The April 30, 2014 report of the National Research Council on the causes and consequence of incarceration in the United States demonstrated that the adult prison system is even worse. While Blacks and Hispanics make up about 25% of the general population in the United States, they represent over 60% of the prison population. These disparities, the report notes, are a function of policy, not criminality.

Kids for Cash reveals a host of problematic policies and practices that are felt acutely every day by children of color in this country. They, more than white youth, are likely to be shackled, traumatized, tried without the benefit of counsel, or sent to juvenile court for minor misbehavior—indeed, all of the “Lessons from Luzerne” that we have described in this blog series are learned and experienced every day by America’s children of color.

The social, emotional, and fiscal costs associated with racial disparity are enormous.  They affect every person—and every taxpayer— in this country. As we’ve learned in recent weeks from the ravings of a Nevada rancher and an NBA owner, we are not yet in a post-racial society. To get closer to a true system of justice, the lessons of Luzerne County must be put to good use for every child, regardless of the color of his or her skin.

This is the final blog post in our "Lessons from Kids for Cash" series. Read the rest of the posts in this series here.

The film Kids for Cash will be available beginning May 20 on Video on Demand on Comcast, Time Warner, Direct TV, and all other major providers. It will also be available for download on iTunes, Amazon Instant Video, Google Play, XBox Video, Sony Playstation, and Vudu.