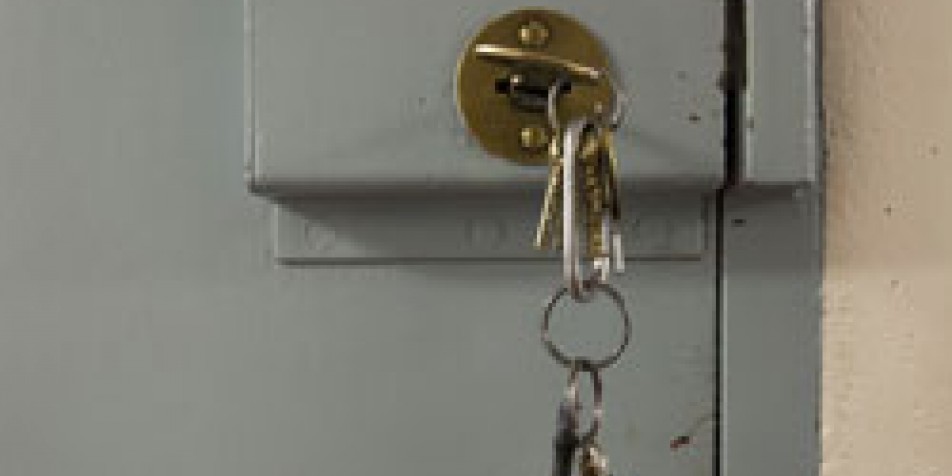 Imagine being locked in a seven by seven foot cell, with your only window to the world looking out at  a brick wall.

You are alone; you have no pen or paper, no books, no audio or visual stimulation. You are often denied clothing or you are provided a 'ferguson gown'—a Velcro-strapped garment that severely restricts your physical movement.

You are occasionally denied sheets or blankets or even a mattress so you won't harm yourself. You are rarely let out of your cell, spending 23 or 24 hours a day there, your only respite a shower. You are denied mental health treatment because you are in isolation, but you cannot be released from isolation until you learn how to better manage your behavior. The drudgery and despair of this monotonous and maddening existence continues almost uninterrupted for nearly seven months.

The above-described nightmare was real for T.D., who at the age of fifteen was committed to the New Jersey Juvenile Justice Commission, confined in the NJ Medium Security Facility in Bordentown, and held in solitary confinement under the abusive conditions described above from February 2009 to October 2010. T.D. was purportedly isolated to address his mental health issues. Yet despite noted diagnoses of serious mental health issues upon intake, he received almost no individual therapy, never received group therapy, and was even denied the opportunity to speak with the psychiatrist about his medications.  Even when T.D. was not exhibiting symptoms of distress and was behaving appropriately, facility staff and behavioral health doctors kept him in isolation due to his past symptoms and behavior.

At almost the same time, the Juvenile Justice Commission of New Jersey was also holding another boy, O.S., in isolation for minor behavioral infractions such as cursing or fighting with other youth—even when he was the victim. These sanctions were repeatedly and routinely imposed prior to any type of due process hearing. When a hearing was finally held, hearing officers would generally treat the days O.S. had already spent in solitary confinement as “time served,” regardless of whether the time served was excessive punishment for the initial misbehavior.

In December 2013, the U.S. District Court of New Jersey approved a $400,000 settlement against the New Jersey Juvenile Justice Commission and the former University of Medicine and Dentistry of New Jersey (“UMDNJ”) (now Rutgers) in the civil rights suit filed by Juvenile Law Center, along with co-counsel Dechert LLP and Bruce Clark of Clark Law Offices, P.A. on behalf of T.D. and O.S.

Solitary confinement of juveniles is a common practice in juvenile facilities across the country, despite national and international recognition of its harmful effects. The U.S. Department of Justice has publicly recognized that “isolation of children is dangerous and inconsistent with best practices and that excessive isolation can constitute cruel and unusual punishment.”[1] National standards governing corrections and juvenile justice provide that when isolation is necessary in certain acutely dangerous situations, any isolation should be as brief as possible, and never exceed 24 hours. Isolation of juveniles must also always be accompanied by proper due process protections.

Extensive research studies have demonstrated the overwhelmingly detrimental effects of prolonged isolation on adults.[2] Juveniles are developmentally more immature and vulnerable than adults, as the U.S. Supreme Court has consistently recognized, and experts agree that “adolescents are particularly at risk of adverse reactions from prolonged isolation and solitary confinement.”[3] In fact, solitary confinement is contraindicated for juveniles like T.D. who have a documented history of suicidal and self-harming behaviors.

The $400,000 settlement should send a message that abusive and punitive isolation of children must end. If children act out, even in aggressive ways, temporary cooling down or time-out strategies with a quick return to the general population have proven effective. If children have serious mental health symptoms or problems that require treatment, they must be placed in therapeutic environments where proper treatment can be provided. Prolonged isolation of children, for more than even a few hours, is inhumane and cannot be tolerated.