The Supreme Court and the Transformation of Juvenile Sentencing 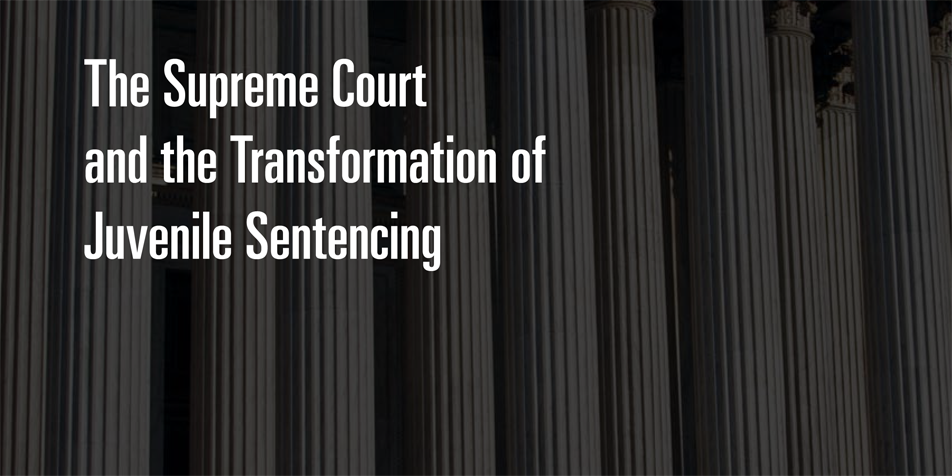 In the past decade, the Supreme Court has transformed the constitutional landscape of juvenile crime regulation. In three strongly worded opinions, the Court held that imposing harsh criminal sentences on juvenile offenders violates the Eighth Amendment prohibition against cruel and unusual punishment. Roper v. Simmons in 2005 prohibited the imposition of the death penalty for a crime committed by a juvenile. Five years later, Graham v. Florida (2010) held that no juvenile could be sentenced to life without the possibility of parole (LWOP) for a non-homicide offense. Then in 2012, Miller v. Alabama struck down statutes that required courts to sentence juveniles convicted of murder to LWOP. The three decisions present a remarkably coherent and consistent account; indeed, the Court’s analysis and rationale are virtually identical across the opinions.

In combination, these cases create a special status for juveniles under Eighth Amendment doctrine as a category of offenders whose culpability is mitigated by their youth and immaturity, even for the most serious offenses. The Court also emphasized that juveniles are more likely to reform than adult offenders, and that most should be given a meaningful opportunity to demonstrate that they have done so. In short, because of young offenders’ developmental immaturity, harsh sentences that may be suitable for adult criminals are seldom appropriate for juveniles. These opinions announce a powerful constitutional principle—that “children are different” for purposes of criminal punishment. In articulating this principle, the Supreme Court has also provided general guidance to courts sentencing juveniles and to lawmakers charged with implementing the rulings.

This report addresses the key issues facing courts and legislatures under this new constitutional regime, and provides guidance based on the Supreme Court’s Eighth Amendment analysis and on the principles the Court has articulated. The report is broken into four parts:

Screaming Into The Void: Youth Voice in Institutional Placements