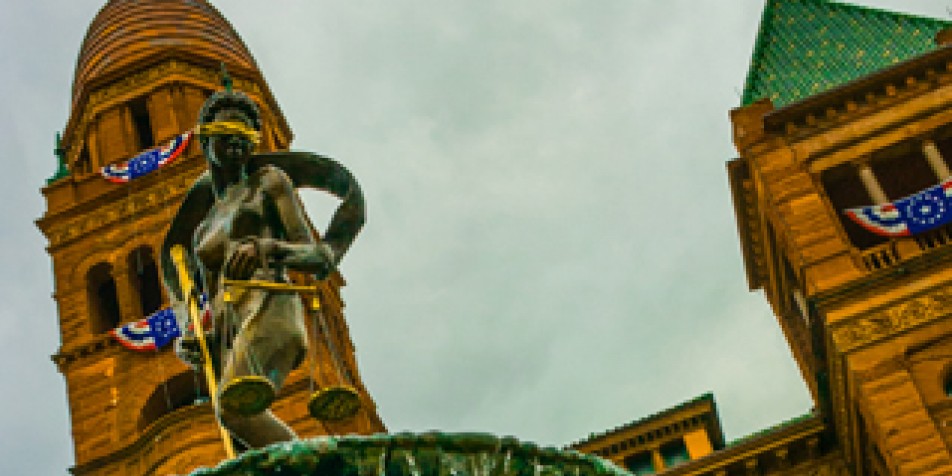 In a landmark case, the Texas Criminal Court of Appeals ruled that the juvenile court erred in failing to conduct an individualized assessment of a 16 year-old’s circumstances before ordering that the youth be tried as an adult. In State v. Cameron Moon, the Texas high court affirmed a ruling vacating Cameron’s transfer to adult court, finding the record factually insufficient to justify the decision. The opinion criticized the juvenile court’s order for simply reciting the transfer statute and held that juvenile courts must do the “the heavy lifting” of demonstrating their reasons for transfer if they expect their decisions to be upheld on appeal.

Cameron Moon was indicted for murder when he was 16 years-old. Prior to this incident, he had only one misdemeanor conviction for keying a car. The state asked the juvenile court to order that Cameron stand trial as an adult. At Cameron’s hearing, the state presented no evidence about the factors the judge was legally required to consider before ordering transfer other than the fact that he was charged with a serious offense. By contrast, Cameron’s team provided uncontradicted testimony that the youth lacked sophistication and maturity and that he was highly amenable to rehabilitation in the juvenile system. Nevertheless, the motion was granted. Moon was later found guilty and sentenced to 30 years in prison.

In a well-reasoned opinion, an intermediate appellate court found that the juvenile court’s findings – that Cameron was of sufficient sophistication and maturity and there was little prospect of public protection and rehabilitation in the juvenile system – were unsupported by the evidence. The intermediate court also rejected the state’s argument that the nature of the offense standing alone justified transfer, stating that such an interpretation would render the Texas statute meaningless.

In ruling against the state on appeal, the Texas Criminal Court of Appeals noted that under the state statute, evidence of a sufficiently egregious offense is enough to justify a waiver of jurisdiction under Texas law. By contrast, in Cameron’s case the juvenile court merely pointed to the category of the alleged crime and heard no evidence about the circumstances surrounding it. The court thus concluded that the transfer decision was “too ill formed to constitute anything but an arbitrary decision.”

Citing to the United States Supreme Court decision in Kent v. United States, the Texas court reinforced the “primacy of appellate review in order to assure that the juvenile court’s broad discretion is not abused” in making the transfer decision. The court rejected the state’s argument that a reviewing court should look at the whole record, including statements made from the bench, to determine if there was any valid reason to support the juvenile court’s waiver decision. Instead, the high court held that the juvenile court has to “show its work” and “put its deliberative process on the record” in its transfer orders, as appellate judges should not “speculate” as to the juvenile judge’s reasoning or “rummage through the record” to find facts to support it.

The Court of Criminal Appeals also agreed with the intermediate appellate court’s finding that the record was legally insufficient to support the finding with regard to sophistication and maturity, as the state presented no evidence on this factor. The high court rejected as unsound the juvenile court’s flawed reasoning that Cameron was sophisticated and mature because he previously waived his constitutional rights and could aid in his defense.

While the decision is a victory for youth throughout Texas, it is particularly so in Harris County, where juvenile courts have a practice of “rubberstamping” requests to transfer youth to adult courts. According to the Center for Children, Law & Policy at the University of Houston Law Center, statistics show that in recent years Harris County – the largest county in Texas by population – waived more youth into adult court than the second, third and fourth largest counties combined. Harris County juvenile courts rarely deny transfer motions and in some years granted transfer in 100% of cases.

Cameron is represented by attorneys Jack Carnegie, John Hagan, David Adler, and Christene Wood. Juvenile Law Center authored an amicus brief, arguing that the juvenile court’s practice of waiving jurisdiction without an individualized determination is unconstitutional. The United State Supreme Court has repeatedly held that youth are categorically less mature in their decision-making, less culpable, and more capable of change than adults. For these reasons, Juvenile Law Center believes that youth should rarely if ever be tried in adult court, where they are subject to confinement in punitive prisons without access to treatment and rehabilitation services.