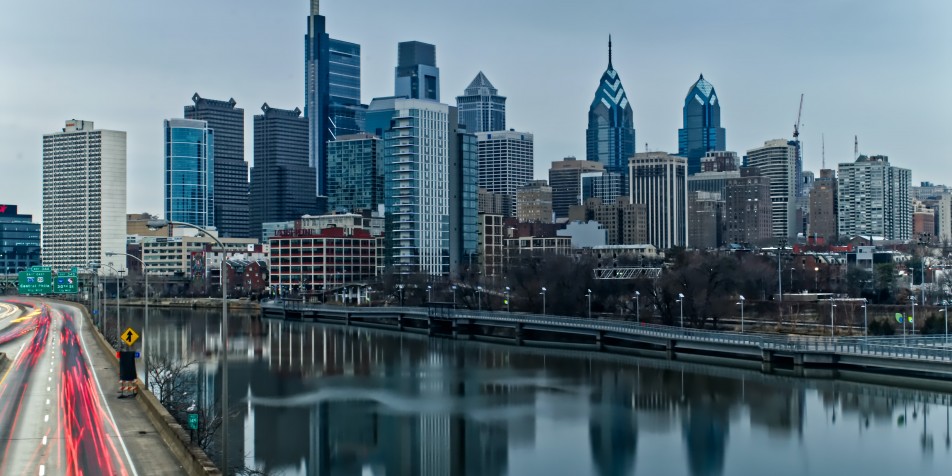 1. Theatre in the X’s cofounder will now lead Theatre Philadelphia.

“Few professional communities have been harder hit by the COVID-19 crisis than those that work in the theatre industry,” the announcement said. “In Philadelphia, and across the country, the unprecedented challenges of 2020 include issues surrounding the global pandemic as well as complex investigations into social justice and accountability. At this critical juncture … Theatre Philadelphia has found their next leader.”

Miller-White cofounded Theatre in the X, and for the past seven years served as the executive director of the organization. She’s also served as the editor-in-chief of Nesheaholic.com, a lifestyle blog focused on working motherhood, for the past 11 years; and as the Philadelphia co-chief representative for the national Parent Advocacy League for the Performing Arts for past two years.

Earlier in her career, she worked in marketing as a freelancer, as well as at the Hague School, Interactive Mechanics and, for eight years, at the Painted Bride Art Center.

“Having been in Philly working in theatre for over 15 years, this feels like a perfect progression of my service for the city’s artists, audiences, and organizations,” Miller-White said via the announcement. “I’m really looking forward to using this unique moment in time to solidify Theatre Philadelphia as the service organization for theatre in the region and to use that position to lead the way to a more equitable and diverse theatre community.”

She holds a bachelor’s degree from Temple University.

Cartagena joins the Center after serving as the director of post-secondary services at Congreso de Latinos Unidos for the past year. Cartagena previously served as a mental health specialist at Horizon House Inc.; as director of performance and quality improvement at United Communities; as program evaluator and database administrator at the Philadelphia Department of Public Health; and as a performance analyst at the Urban Affairs Coalition, among other positions.

He is also a serial entrepreneur, having founded two tech businesses (Turnkey SMS and Turnkey Startup Space) and cofounded another (OutcomesForce).

Cartagena also served as an adjunct professor at Harcum College for seven years, and in 2010, was named one of the Delaware Valley’s most influential Latinos by Impacto newspaper.

“The Hispanic Family Center of Southern New Jersey has a rich, respected, and inspiring history of service and dedication to its community,” he said via the announcement. “This is a very resilient and forward-thinking organization that really cares about their clients, donors, and staff. I am both excited and humbled to accept the call to serve as CEO and commit to helping move the organization’s vision and mission forward.”

Cartagena holds an associate’s degree from Community College of Philadelphia, and both a bachelor’s and master’s degree from Temple University.

Acevedo-Zmuda was named chief operating officer, after having served in the role of chief program and operations director at the Center since February 2019. According to the announcement, Acevedo-Zmuda has been key in keeping the organization operating smoothly during the board’s search for the CEO, and during its immediate response to COVID-19.

3. Jay Jackson becomes the director of career partnerships at Hopeworks.

Hopeworks, the Camden-based social enterprise focused on education, technology, and entrepreneurship, recently announced that Jay Jackson  has been promoted to director of career partnerships.

Jackson started at Hopeworks as a coach and founder of the life readiness department in 2013; four years later he became a master coach at the organization, focusing on an internship and professional mentoring program that he will continue to oversee in his new position.

Prior to joining Hopeworks, Jackson served as case manager at Covenant House Youthbuild; as streetleader/director at Urban Promise Ministries; as high school program director at Bethany Church; and as senior youth director at Mount Zion Church. Additionally, he is the founder of TakeOver Ministries in Atlantic City.

Philadelphia FIGHT has promoted Evon Burton to the position of director of communications.

Burton started at Philadelphia FIGHT in 2014, as communications associate. He became the organization’s marketing and outreach supervisor in 2016, and its associate director of development and communications in 2019.

Burton is also the creative director of the Anderson Street Project.

After a recent reorganization, the Adoption Center announced that it has promoted Dominique McFadden to program director. McFadden has served as a Wendy’s Wonderful Kids recruiter at the organization for the past three years.

She has served as a family service worker at Multi Therapy Services; as educational reconciliation specialist at Family Support Service; and as director of Community Preschool and Nursery.

She holds a master’s degree from Chestnut Hill College.

Jarvis is an alumnus of the organization’s youth advocacy program. According to the announcement of the appointment, “he was taken into the child welfare system as a baby and had his first juvenile justice system involvement at age 15. At age 19, he joined Juveniles for Justice to share his experiences and further his advocacy work. In J4J, he worked on many projects, including a video and card on the process for getting a juvenile record expungement in Philadelphia as well as other youth guides to navigate the juvenile justice system.”

In 2019, Jarvis was awarded a Media Justice Fellowship with the People’s Paper Co-op, and has since served as a keynote speaker for the Youth Sentencing & Re-Entry Project in New York City.

Wiener holds a law degree from University of Tulsa College of Law, where they served as the editor-in-chief of the Tulsa Law Review. They also served as president of OutLaws, the LGBTQAI+ student society, and on the board of immLaw, the immigration law student society.

Prior to law school, Wiener served as GSA/LGBTQ program coordinator at Youth Services of Tulsa, and as emergency shelter advocate at Domestic Violence Intervention Services Inc., among other posts.

In addition to their law degree, Wiener holds a bachelor’s degree from Warren Wilson College.

Life Is Excruciating Enough for Mothers of Incarcerated Children. The Pandemic Makes It Impossible

We All Are Kin: Relating to the Kinship Experience