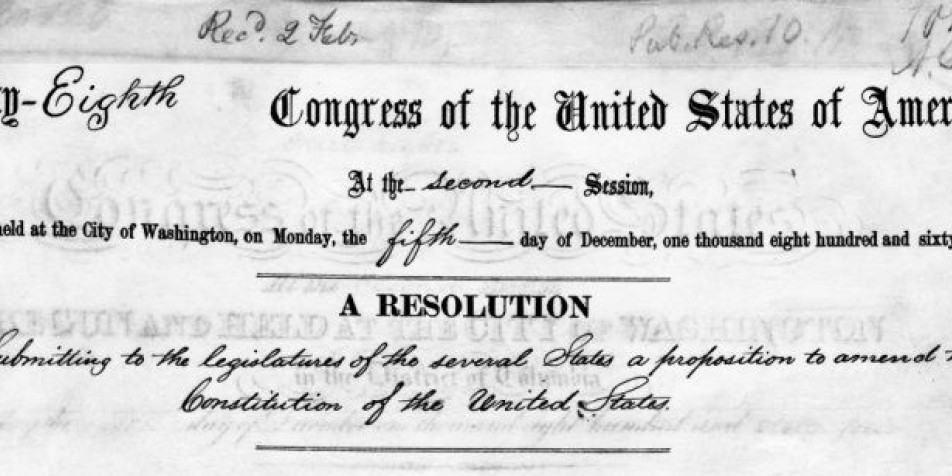 Tomorrow, Juvenile Law Center will recognize Juneteenth and its significance to our nation’s history. We will celebrate the news of freedom many Black Americans received on this day in 1865 when people who were enslaved in Galveston, Texas were freed, two years after the Emancipation Proclamation. In 1980, the Texas legislature made Juneteenth an official state holiday, and it grew to be celebrated around the country.

Juneteenth is more than a celebration of the change in the law – it is a celebration of the freedom that followed. Yet that promise of freedom has not been realized. This is abundantly clear when it comes to the lives of the youth who experience the racist devastation of mass incarceration and those who are separated from their families--including through the child welfare and justice systems.

Freedom and justice have been and continue to be deferred for Black people in this country. The dream has not been realized. The decades following the Civil War included lynching, Jim Crow laws, mass incarceration, discriminatory housing practices, school segregation, and a lack of economic investment in Black communities. Six months prior to Juneteenth, the 13th Amendment to the Constitution legalized slave labor within prison walls. The structurally racist criminal justice system that followed has proved ruinous for Black families and communities.

Today, over-policing, pre-trial detention, the use of cash bail and incarceration contribute to racial disparities at every turn in the justice system. Black children are disproportionately caged in the juvenile justice system. They have also experienced immeasurable devastation through policies enacted in the 1990s based on the myth of the teen “super-predator.” These disastrous policies led directly to the incarceration of hundreds of thousands of Black children in the juvenile and criminal justice systems, subjecting them to mandatory minimum sentencing schemes – including life without parole -- and harsh conditions of confinement. Once touched by the system, Black children are pushed more deeply into it through the imposition of fees and fines, unjust probation, records, and a lack of re-entry services.

Black families have also been punished for over a century by the child welfare system. State surveillance and intervention is concentrated in neighborhoods that are disproportionately Black. Through court and child welfare agency biases, Black children are taken from their homes and communities and placed in “group homes,” facilities and foster homes at rates dramatically higher than those experienced by white children. Federal child welfare law prioritizes child removal and adoption over supports that would allow families and children to stay together.

These systemic failures are evident in the police terror against Black people - including children. The uprising against these racially targeted practices and the killings of countless Black people by officers also shows us how much farther we need to go.

Tomorrow, Juvenile Law Center will observe Juneteenth. Our office will be closed as we celebrate its promise and reflect on its tragic shortfall. We remain fierce in our commitment to fight for a world in which the rights, dignity, equity and opportunity of all children – including and especially Black children who remain without liberation – are upheld. We will continue to work towards the promise of freedom that Juneteenth represents.