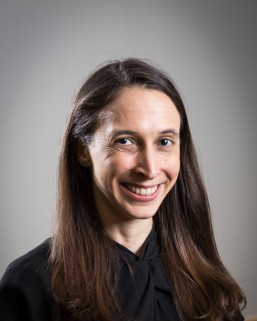 Julia Pudlin is the Assistant Deputy General Counsel for Government Investigations at Comcast Corporate in Philadelphia, where she helps to oversee federal, state, and local government investigations of the company.  She also is a member of the Comcast Law Department’s pro bono committee, helping to plan and execute the Department’s pro bono activities and build community partnerships.

Prior to joining Comcast, she served as a political appointee in the United States Treasury Department, in the roles of Senior Advisor to the General Counsel of the Department and Deputy Executive Secretary in the Chief of Staff's Office.  In those roles, she advised the Secretary of the Treasury and senior department officials on a wide range of issues relating to domestic finance, tax policy, and congressional inquiries.  In recognition of her service, she received Treasury’s Distinguished Service Award.  Before Treasury, Julia worked as a litigator at Williams and Connolly LLP, where her practice focused on investigations, criminal defense, civil litigation, and appeals, and before that, she was a law clerk for Judge Marjorie O. Rendell on the Third Circuit Court of Appeals.  Prior to law school, Pudlin worked in the Antitrust Division of the Department of Justice.