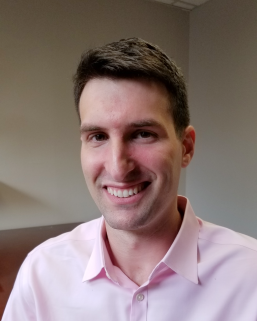 Michael Joseph joined Juvenile Law Center in September 2019 as a Penn Law Review Public Interest Fellow on the Economic Justice team. His project will combine policy advocacy, litigation, and defense training to challenge the imposition of court costs and fines imposed on youth, and the harmful consequences associated with a young person’s inability to pay.

Prior to coming to law school, Joseph interned with the Youth Sentencing & Reentry Project, where he helped coordinate reentry support for individuals serving sentences of life without parole and preparing for resentencing hearings after Montgomery v. Louisiana. While in law school, Joseph focused on criminal defense and juvenile justice. He participated in Penn Law’s Criminal Defense Clinic, where he represented clients in preliminary hearings, probation violation hearings, and misdemeanor trials. He also served as a direct service fellow with Penn Law’s Youth Advocacy Project, where he worked on a team of law students and social workers to provide mitigation and reentry support to young people being prosecuted as adults in Philadelphia.

Joseph graduated from the University of Pennsylvania Law School in 2019 and holds a B.A. in Philosophy from Middlebury College.

Power moves at the Mayor's Fund for Philadelphia, Community College of Philadelphia and Juvenile Law Center.