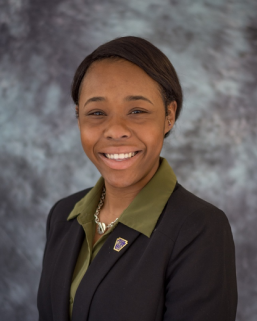 Aryn Williams-Vann, Esq. is the 19th Zubrow Fellow in Children’s Law. A Chicago native, she graduated from the University of Missouri School of Law in 2019 with a concentration in Criminal Justice. While in Law School, she participated in various advocacy groups and projects, such as the Missouri Innocence Project and the Criminal Prosecution Clinic. She also worked on Independent Research Projects, such as Juveniles and Life Without Parole and interned at the Missouri Public Defender Capital Litigation Office. Additionally, she received the R. David Ray Trial Advocacy Award. She also was an executive board member of the University of Missouri's chapter of Black Law Student Association, and a member of Elwood L. Thomas Inn of Court.

Prior to law school, Williams-Vann attended the University of Missouri-Columbia where she received degrees in Psychology and Sociology with a Political Science Minor with an American Constitutional Democracy Concentration and a Multicultural Certificate.