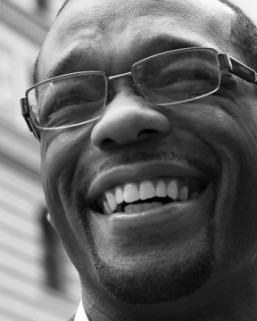 Johnny Perez is the Director of U.S. Prison Program for the National Religious Campaign Against Torture, a membership organization committed to ending U.S.-sponsored torture, and cruel, inhuman and degrading treatment. He adds value, insight, and leadership to existing campaign efforts working to end the torture of solitary confinement, while building the capacity of religious leaders and directly impacted communities to engage in education and advocacy in the United States.

Drawing on the wisdom of thirteen years of direct involvement with the criminal justice system, Johnny also works to change unjust policies and practices in the criminal justice system through his participation as a newly appointed member of the NY Advisory Committee to The US Civil Rights Commission. Johnny is also a member of the NYC Bar Association’s Correction and Reentry Committee and is on the board of directors of both Space on Ryder Farm and the Juvenile Law Center.

Johnny is a sought after speaker and has been invited to speak by Cornell Law School, Fordham University, Amnesty International, The United Nations, and various state, regional, and national conferences on topics including Reentry, Prison Education, and Solitary Confinement. Johnny’s commentary has been published by The New York Times, The Washington Post, Ebony Magazine, USA Today , and the Wall Street Journal.

A recent collaboration with The Guardian for 6’x 9’, an immersive solitary confinement virtual reality experience yielded into its acceptance into the Tribeca Film Festival. Johnny has made appearances on Al Jazeera America, Capital Tonight, and his video for Now This on the misconceptions of prison life has over 1.6 million views. Johnny is a member of the 2017 JustLeadershipUSA Leading with Conviction Program and is now in the process completing his first nonfiction book: Uncuffed: Reflections on Criminal Justice after 13 years of incarceration.